Pisa has an international airport with daily flights to London and Munich, as well as to Rome, Milan, and other important Italian cities. The timetable of incoming and outgoing flights is available at the site of Pisa airport.
The airport is on the outskirts of the town, approximately 3 km from the center. The most convenient way to reach the center is probably by taxi. Taxis are located near the “Arrivals” exit of the air terminal. If there is no taxi out there, you may call the non-stop radio taxi service by dialing 050 541600. As an alternative you can take the city bus number 3 and get off at piazza della Stazione (Railway Station square), then take the city bus number 2 and get off at the bus stop in via F. Buonarroti. Pisa and airport map

Pisa’s railway station is on the line from Turin to Rome. There are many connections also with Florence. The train schedule is available at the site of Trenitalia. Recall that in Italy, before getting on the train, you must stamp your ticket by using those small yellow machines available within the station.
To reach the Department, you can take the city bus number 2 and get off at the bus stop in via F. Buonarroti. As an alternative, the Department is at walking distance from the railway station (approximately 20-30 minutes). Pisa center map

Pisa is near the intersection of two highways: A12 north-south (Sestri Levante – Livorno) and A11 east-west (Pisa – Florence). Exit at “Pisa centro”, follow the SGC Fi-Pi-Li route in direction of Florence. Exit at “Pisa nord-est” and follow the directions in the south-est map. If you come from North, you may prefer to exit the highway at “Pisa Nord” follow the Aurelia road to Pisa center and then the directions in the north map. Please note that Pisa is a small town with several pedestrian areas. Parking is a bit of a problem and most parking areas are with pay-meters. 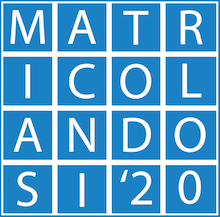